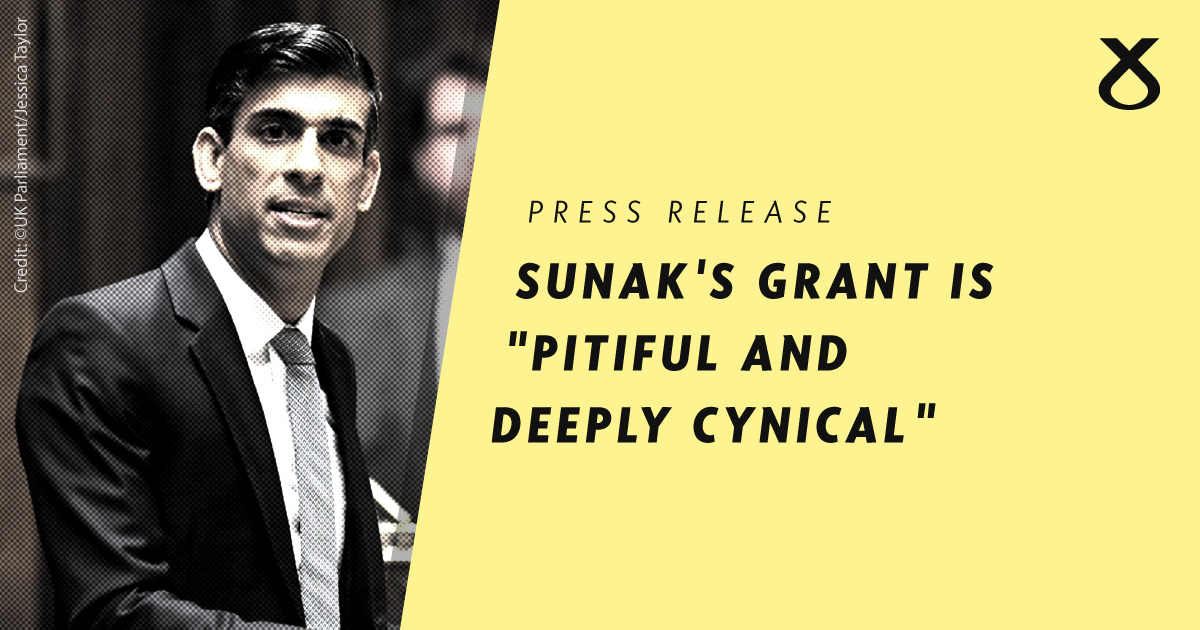 The SNP has slammed the UK government for its "pitiful and deeply cynical" attempt to cover up removing £6billion in Universal Credit from the poorest households through a new £500million 'Household Support Fund'.

The DWP has announced the £500million grant will be provided to support ‘vulnerable’ households who have been attacked by welfare cuts, rising energy prices, and a hike to National Insurance.

Scotland is expected to receive around £41million worth of the grant – despite the cut to Universal Credit hammering around 500,000 Scottish individuals alone, as well as those on the lowest income being hit with a National Insurance tax hike.

The Joseph Rowntree Foundation has criticised the proposal, with Deputy Director Helen Barnard saying the measure "will not fix the fundamental inadequacy of our social security system".

The SNP's Work and Pensions spokesperson, David Linden MP, has demanded the Prime Minister and Chancellor make an immediate U-turn on the cut to Universal Credit, and called on the household fund to be used to make up for the soaring costs low income families are facing.

"This is a deeply cynical and pitiful attempt by the UK government to cover up the devastating cuts to Universal Credit.

"Despite a decade of Tory cuts - including the £20 cut to Universal Credit, the end of furlough, a global pandemic, and a botched Brexit deal that has left millions of families worse off – the Tories believe they can cover this up with a household fund that doesn’t come close to what has been cut. They are quite simply deluded.

"To put this Tory con-trick into perspective – Scotland will lose around £460million from the Universal Credit cut alone while only getting around £40million from this discretion fund.

The UK already has the worst levels of poverty and inequality in north west Europe – and under Boris Johnson’s in-work poverty has risen to record levels this century.

And now, with energy prices soaring, a national insurance hike pending, and welfare cuts being slashed – things are set to get worse.

This fund should instead be used to get people through the financial difficulties created by Tory policies which has led to an increase in food, fuel, and heating prices. It in no way makes up for cuts to Universal Credit and it is cynical to think otherwise.

We will continue to press for urgent action for as long as it's needed, but the only way to keep Scotland safe from Tory cuts and the long-term damage of Boris Johnson’s Brexit is to become an independent country, with the full powers needed to build a strong, fair and equal recovery."

From bbc.co.uk
Cost of living: £500m in new grants to help poorest households

From twitter.com
The Joseph Rowntree Foundation responds to the Household Support Fund