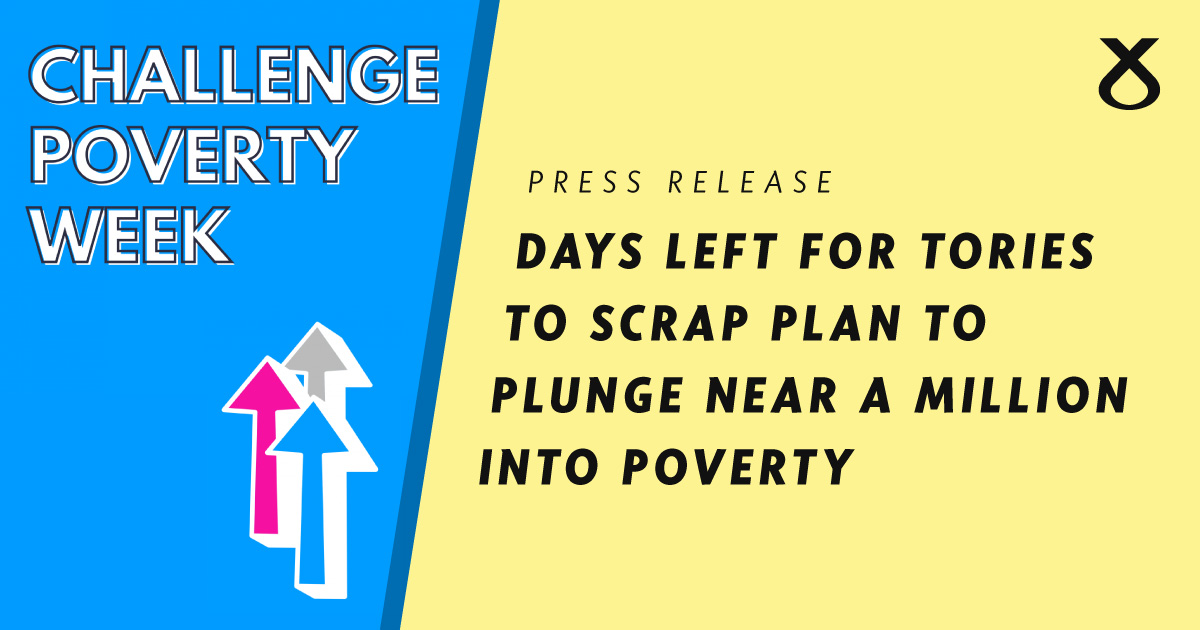 The SNP's Shadow Work and Pensions Secretary has said time is running out for the UK Tory government to scrap cruel welfare cuts that will plunge 800,000 people across Scotland and the UK into poverty - and has renewed calls for Boris Johnson to keep the £20 lifeline.

On 6th October, the UK government is set to cut Universal Credit and Working Tax Credit by £20 per week - amounting to a £1040 cut in income for six million people across the UK and almost half a million in Scotland.

Glasgow East MP, David Linden, has urged Boris Johnson and Rishi Sunak to reverse this decision on Monday (4th October) to mark the start of Challenge Poverty Week and show that the UK government is serious about tackling poverty.

The UK already has the worst levels of poverty and inequality in North West Europe. The SNP and organisations across the UK have said that ploughing ahead with this cut will exacerbate this.

"I launched a campaign to stop this cruel and callous Universal Credit crunch that will leave half a million Scots over £1000 poorer overnight. Despite this and countless pledges from my constituents calling for the cut to be axed, as well as widespread warnings from leading anti-poverty organisations, the UK government are ploughing ahead.

"Time is fast running out for Boris Johnson to step in, live up to his responsibilities, and take action to stop almost a million people being plunged into poverty as we are still dealing with the impact of a global health pandemic. I am urging him to keep the £20 a week lifeline, which millions have come to rely on to get by.

"The Prime Minister has said he wants to 'level up' - cutting the incomes of six million people at the same time as furlough ends and energy prices soar does the exact opposite of this. If he wants to show he is serious about tackling poverty he must reverse the Universal Credit cuts this week, to mark Challenge Poverty Week.

"If he does not, millions will have to choose between eating and heating their homes as we head into winter and it will reinforce why Scotland must become an independent country. It is only with the full powers of independence that we can protect people from Tory austerity and build a fairer, more equal Scotland."