Praise and a pay rise for NHS Scotland staff 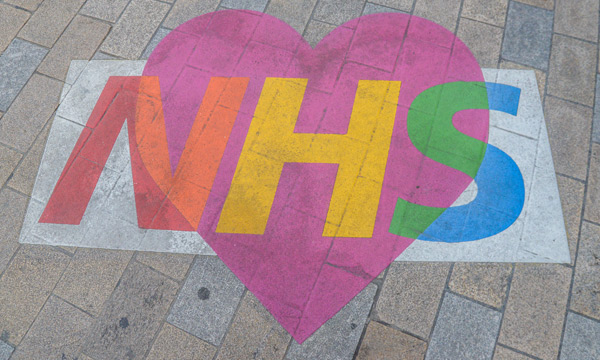 Yesterday I took part in a Westminster Hall Debate regarding the pay rise for NHS staff. This week marks the one-year anniversary of the beginning of lockdown. This anniversary gives us all a chance to reflect on the past year – the tragedy and hardship that we have all experienced.

During the debate, I paid tribute to everyone in the NHS who worked tirelessly throughout the pandemic. I also highlighted all those now working in vaccination centres across Scotland, including the Armed Forces who have been invaluable.

The vaccination numbers have been truly astounding, with 2,249,612 first doses administered in Scotland as of yesterday.

We are all so thankful for NHS staff during this crisis. But warm words alone are not enough.

Throughout the pandemic the Prime Minister stood outside 10 Downing Street and clapped for the NHS. But Nurses and Doctors can’t be paid in rounds of applause.

The NHS faced a once in a lifetime event. Staff risked their own lives facing a previously unknown disease, and now as thanks the UK Government’s proposed financial recognition falls short of what is acceptable.

A 1% pay rise for NHS, as proposed by the British Government, is simply not good enough.

In stark contrast, I am proud of the SNP’s record on NHS pay. Scottish nurses are the best paid in the UK. The salary of a Band 5 nurse at the top of their pay scale is currently 3.38% higher than their English equivalent.

But the SNP haven’t stopped there. In response to the pandemic, the Scottish Government have already announced a £500 thank you bonus for NHS staff.

In a speech to the Scottish National party’s annual conference in November, First Minister Nicola Sturgeon pledged to pay every NHS and social care worker in Scotland a £500 Covid bonus.

👏 Our NHS and social care workers are the heroes of our COVID response.

🏴󠁧󠁢󠁳󠁣󠁴󠁿 @NicolaSturgeon announced a £500 thank-you payment for every full-time NHS and adult social care worker in Scotland - on top of the highest wages anywhere in the UK, with no strings attached. #SNP20 pic.twitter.com/SqqBeowTKg

The SNP have been calling on Boris Johnson to make the payment tax-free, with the First Minister urging, "Please allow our health and care heroes to keep every penny of Scotland’s thank-you to them. Do not take any of it away in tax."

During the debate yesterday I added my voice to the chorus calling on the UK Government to step up and ensure that the £500 is exempt from income tax and National Insurance.

After the abysmal 1% pay rise put forward by the UK Government, the SNP wanted to go even further to thank the NHS.

The Scottish Government is offering a 4% pay rise for the NHS, which would deliver guaranteed minimum increase of £1000 for those earning less than £25,000 and 5.4% increase for staff on lowest pay band (all backdated to December 2020).

NHS staff in Scotland are to be offered a 4% pay rise, the Scottish government confirms. https://t.co/lJv5mGUWSO

I am so grateful to our NHS who guided us through the pandemic, they deserve to be properly rewarded for their hard work and dedication.

Westminster should follow the Scottish Government’s example and truly recognise the sacrifice of our NHS staff, not just with claps but with cash.