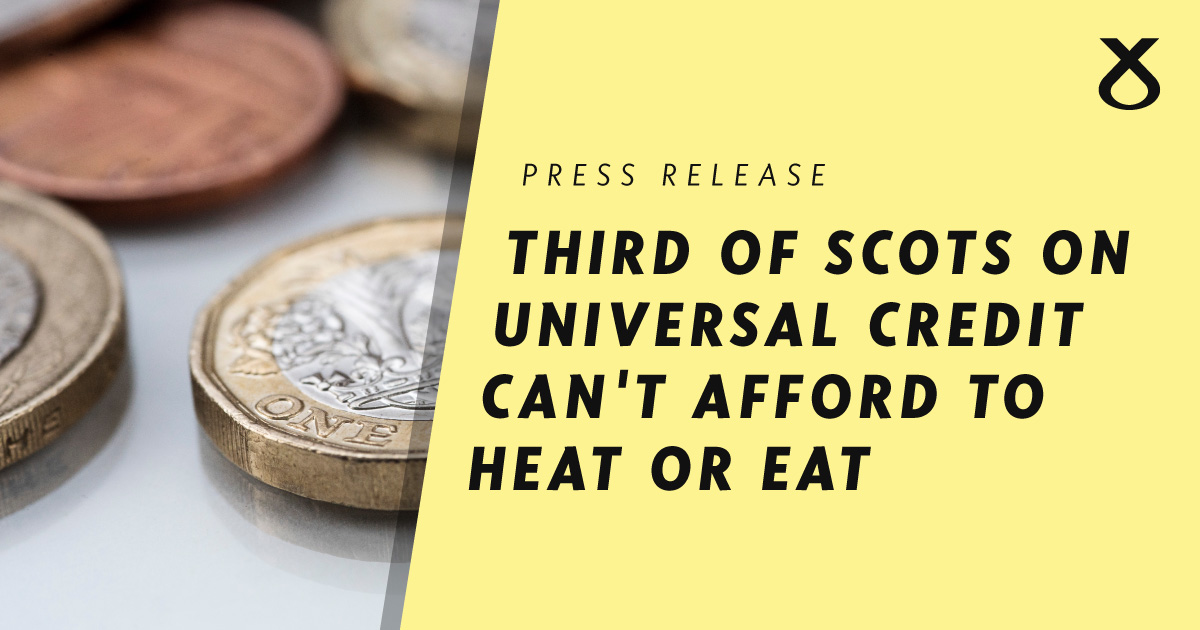 Following a new report that shows a third of Scots claiming Universal Credit can't afford to eat or heat their homes, the SNP has demanded the UK Tory government reverse its cuts to Universal Credit and scrap the widely condemned five week wait.

A report published today (Thursday 17th March) by the Trussell Trust reveals that over a third (36%) of Scots on Universal Credit said they had skipped meals because they couldn't afford to buy enough food, and one in three (30%) said they had been unable to heat their homes for more than four days across the month. One in six had to rely on a food banks.

The SNP has repeatedly called on the UK government to reverse the £20 cut to Universal Credit and scrap the five-week wait for the first Universal Credit payment, which sees people take out an advance payment loan to get by and fall into, or further into, debt.

"Practically every week we see reports revealing how millions of people in Scotland and across the UK are struggling to buy essentials, pay bills and heat their homes - and in those reports we see feasible recommendations on how the UK Government can support these people. Yet Tory ministers have continued to sit on their hands.

"Next week's UK budget is an opportunity for the Tory government to start to right so many wrongs - I am urging them to take it. The Scottish Government is already doing what it can with it's limited powers, including doubling the Scottish Child Payment, but without full fiscal powers it can only go so far. It's time Westminster matched Holyrood's ambition when it comes to tackling poverty.

"The £20-a-week cut to Universal Credit in November and the five-year freeze on benefits rates, brought in by the Tory government, means these payments are worth 11% less than they were a decade ago. It is vital that the UK government reinstate the £20 uplift and extend it to legacy benefits in the upcoming Spring Budget to help people through the cost-of-living crisis.

"Beyond this, the Chancellor must also turn the £200 energy loan into a more generous grant, bring in a Real Living Wage, and match the Scottish Child Payment. The DWP must also finally scrap the debt-inducing five week wait and advance payment loan. There is a wealth of evidence from anti-poverty campaigners showing how this, in particular, is pushing people into poverty and debt.

"Two years ago the SNP put forward a proposal to turn the advance payment loans into non-refundable grants once a person is deemed eligible for Universal Credit, which solves all the excuses the UK government has put forward for not doing this. I am urging Therese Coffey to do this immediately to help people out of the spiral of debt."