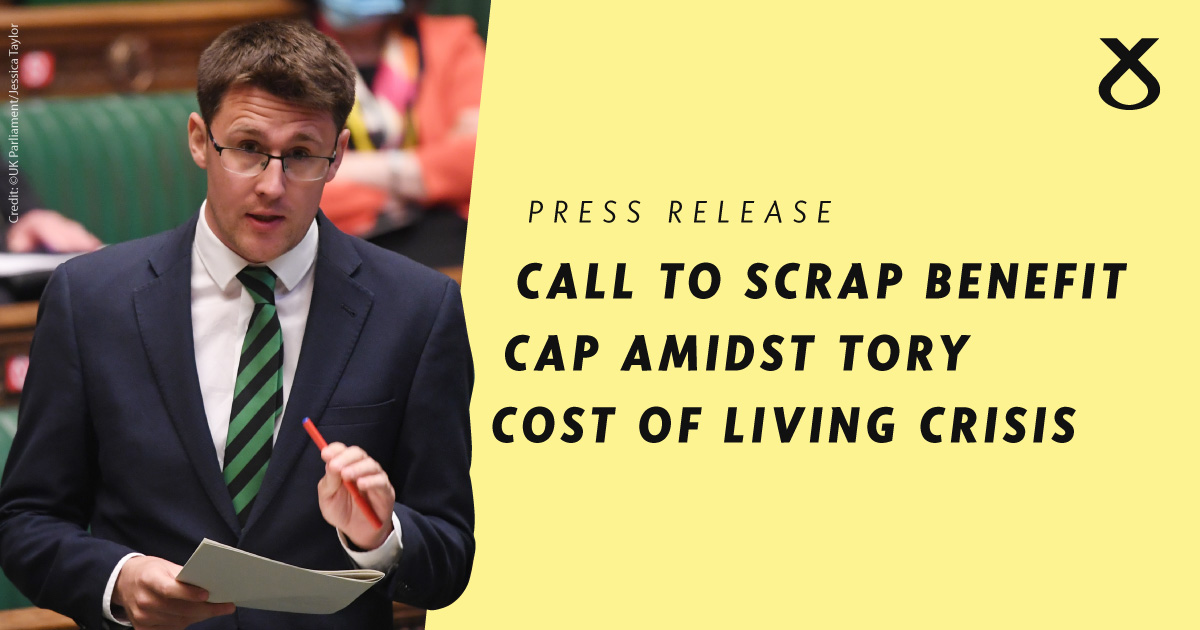 The SNP has renewed calls for the Tory government to scrap the benefit cap to avoid more families and children being pushed into poverty - as new figures show hundreds of thousands are being hit by the 'cruel' policy as the UK faces a Tory-made cost of living crisis.

The call comes just weeks before Universal Credit is cut by £1040, furlough comes to an end and amidst soaring energy prices.

As well as scrapping the benefit cap, the SNP has called for the Universal Credit cuts to be reversed and the uplift extended to legacy benefits, a Real Living Wage to be introduced, and an emergency energy payment to be brought in for low-income families this year.

"The UK already has the worst poverty and inequality levels in North West Europe, and is facing a Tory-made cost of living crisis - as a result of Tory cuts, tax hikes and the long-term damage of Brexit hammering low and middle income families.

"Yet the Tories still keep hammering hundreds of thousands with their cruel benefit cap, which is exacerbating poverty and inequality. And to add insult to injury, the cap doesn't increase to reflect the increasing costs of living, so it is effectively a cut in real terms each year [See notes].

"Whilst the Tories at Westminster continue to impose damaging policies like this, the two-child cap and the bedroom tax – which are hitting children and the most vulnerable the hardest - the SNP in government have pledged to double the Scottish Child Payment and will continue to mitigate the bedroom tax.

"However, our efforts in tackling child poverty with the Scottish Child Payment are now at risk of being undermined if the Tories at Westminster go ahead with the £20 per week cut to Universal Credit.

"Scotland shouldn't have to mitigate damaging policies from Westminster, nor should its efforts in tackling poverty be dragged backwards. It is clearer than ever that the only way to properly protect Scotland's interests, and build the fair and equal society we all want to see, is for Scotland to become an independent country."

From gov.uk
Official Statistics - Benefit cap: number of households capped to May 2021