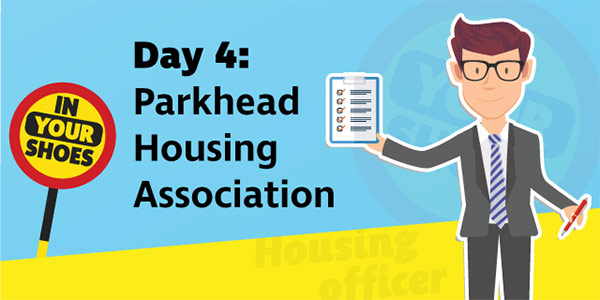 Housing is probably the biggest and most consistent issue constituents raise with me in terms of casework.

Now of course, there are many different types of housing cases, so I was grateful to Housing Officers in Parkhead for hosting day four of #InYourShoes and to have the ability to see things from their point of view.

As a constituency MP, I deal with countless housing cases – whether that’s neighbour disputes, families living in overcrowded properties, people who are inappropriately housed due to a disability, homelessness generally or people just looking to move to another area, perhaps to be closer to family.

I’ve probably been dealing with housing cases in one form or another – largely as a caseworker myself – for the last ten years and it remains one of the most emotive areas of casework.

It’s often frustrating because there just aren’t enough social houses to meet the sheer demand. There’s a commendable target to build 50,000 affordable homes in Scotland – 35,000 of which for social rent – by 2021 but that has to be the beginning, not the end if we are to tackle Scotland’s housing crisis which has been caused by a legacy of underinvestment in new housing and the Right to Buy.

My day at Parkhead started with a quick tour around the housing stock from Operations Director, Graeme, who laid out very candidly some of the challenges the Association faces with its ageing tenement stock. These are beautiful sandstone buildings which are an iconic part of Glasgow’s rich skyline. Equally, Graeme spoke about some of the real opportunities that lie ahead for the Association, which is incredibly ambitious for the future of the community. 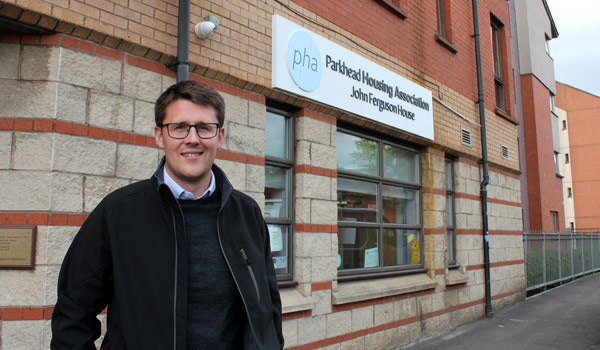 After a briefing from Graeme, I was handed over to Senior Housing Officer, Colin, who I accompanied to a flat viewing in Nisbet Street. The family had been made an offer of rehousing from a property in Govan in order to be closer to their family in Parkhead, so they were delighted to get a first glance at their new home which they’ll be collecting the keys for later this week.

One of the things that really stood out from my time with Colin was just how well he knows his patch (he looks after about two hundred properties) which is no mean feat.

Following my time with Colin, I buddied up with another Housing Officer, Nicola, who had some house calls to do. Firstly, she had to go and visit some tenants who’ve not long moved into a property but have already provoked some complaints regarding noise. Clearly that’s a difficult conversation to have and I was interested to see how she handled this.

As an MP, I find that neighbour disputes and cases surrounding allegations of anti-social behaviour are frequently the hardest to solve. Often there’s a lack of evidence and a reluctance for people to actually report anti-social behaviour or crime to the Police. Therefore the Association is left with no option but to try and reason with tenants until such times as a more formal process can be pursued. In this case, a verbal warning was issued.

After that visit, Nicola and I headed around to Duke Street to meet an elderly gentleman who had just moved into his new flat.

Somewhat naively, I thought that once a tenant gets the keys and their monthly rent payments are set-up then that’s them – they just get on with it. However, one of the things I learned today was that, around a month after you move to a new house, your Housing Officer pops round to make sure that you’re settling in ok and to check that everything’s in order. It was that duty of care and real concern for the welfare of tenants that struck me about Nicola and her colleagues. That just doesn’t exist in the private rented sector.

Once I came back to the office, I joined Mitchell & Megan at the reception desk and was fielding some incoming calls on the phone line, which receives a minimum of about 3000 calls a month. Thankfully nobody recognised my voice and I didn’t press the wrong button and disconnect anyone. Phew! 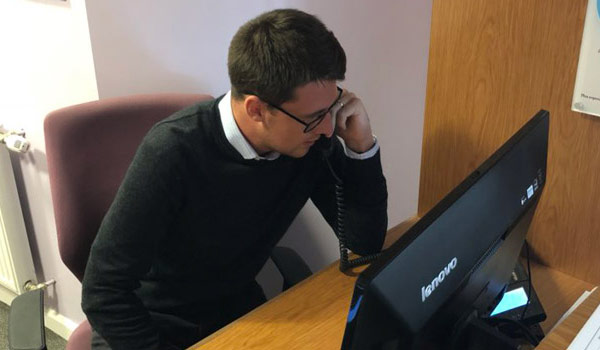 The last item on my itinerary was a great way of rounding off the day – a sign-up.

This is when applicants who’ve been offered a property come in to sign their missives and collect the keys for their new home. It was really good to join Housing Officer, John, who was taking a young guy – soon to be Parkhead’s newest tenant – step-by-step through his tenancy agreement. Over the next few days he’ll furnish his first ever flat where he and his young daughter will now call home.

And I suspect that’s exactly why Housing Officers do the job they do – because for them it’s not about raking in rent, it’s fundamentally about people living in good quality, affordable social housing and being a part of the wider community.