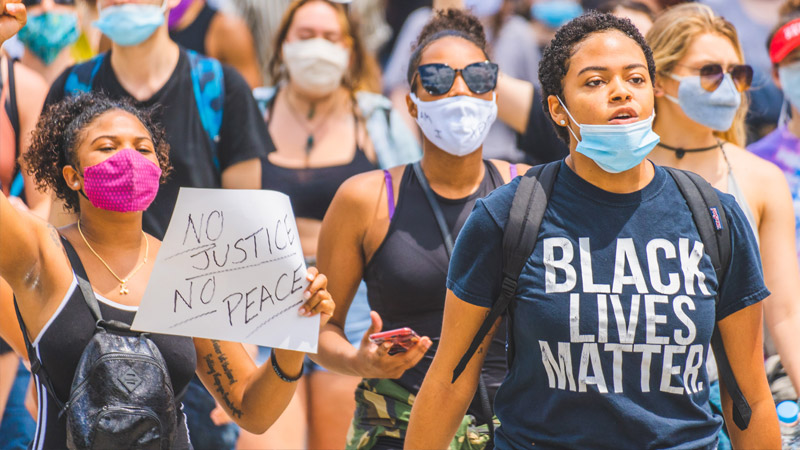 Over the past few days, we have witnessed some incredibly alarming scenes in cities right across the United States of America. Following the death of George Floyd, an unarmed black man, at the hands of a white police officer in Minneapolis, mass protests have broken out which have brought thousands of people onto the streets.

Although these protests have been largely peaceful, a disproportionate and heavy-handed police response has further stoked tensions, resulting in ugly scenes, more death, and many injured protestors.

President Trump has failed to show leadership and, worse still, acted and spoken recklessly which has only served to pour petrol on the flames.

As ever, the UK Government refuses to get involved in what it sees as the domestic affairs of a foreign country. This hand-washing simply isn’t an appropriate response in the face of the scale of the situation.

It is often boasted by the UK Government that we share a ‘special relationship’ with the US, but its silence now at this volatile time is incredibly disappointing.

I’ve written to the Foreign Secretary to express my concern at the situation, at the actions of Donald Trump, and to call on the UK Government to act now on the issues of supply of riot equipment and of protection of the press.

Read my letter to the Foreign Secretary, Dominic Raab, below:

The recent killing of George Floyd in Minneapolis has shocked all of us and, quite legitimately, has reignited questions about race relations, and treatment of black people, in the United States of America.

President Trump’s actions throughout this tragic event have been nothing short of disgraceful. Indeed, rather than trying to heal a divided nation and bring people together, he has sought to actively fan the flames of anger, hatred and division, which has prompted a number of my constituents to ask what representations the UK is making to America during this volatile time.

At the weekend, the President said: "Any difficulty and we will assume control but, when the looting starts, the shooting starts". This is not the language of a statesman who is seeking to heal a broken nation. It is downright reckless and will only prolong a dangerous situation. Given that the UK often speaks about its special relationship with America, your department’s silence on this issue has been deeply disappointing.

There are also very real concerns about the treatment of journalists who have reported being shot at, teargassed, harassed and intimidated. All of this is being egged on by a President who continues to tweet about mainstream media disinformation and 'fake news' being 'an enemy of the people'. Surely the UK has to speak up for freedom of the press and I would be grateful if you could outline what representations have been made to the US Government about upholding media freedoms.

Lastly, you will have seen the concerns expressed by Amnesty International about UK-manufactured riot equipment being shipped to the United States for use in what can only be described as an excessive and almost militarised police response to Black Lives Matter protests. Is the British Government genuinely comfortable with UK-made riot gear being used in such an inappropriate manner, and will the Government end the exporting of these products until such time as reassurances can be sought as to their use.

All of these are pressing matters on which the British Government must speak up. Failure to do so would be an abdication of moral responsibility and my constituents expect better. I look forward to hearing from you.