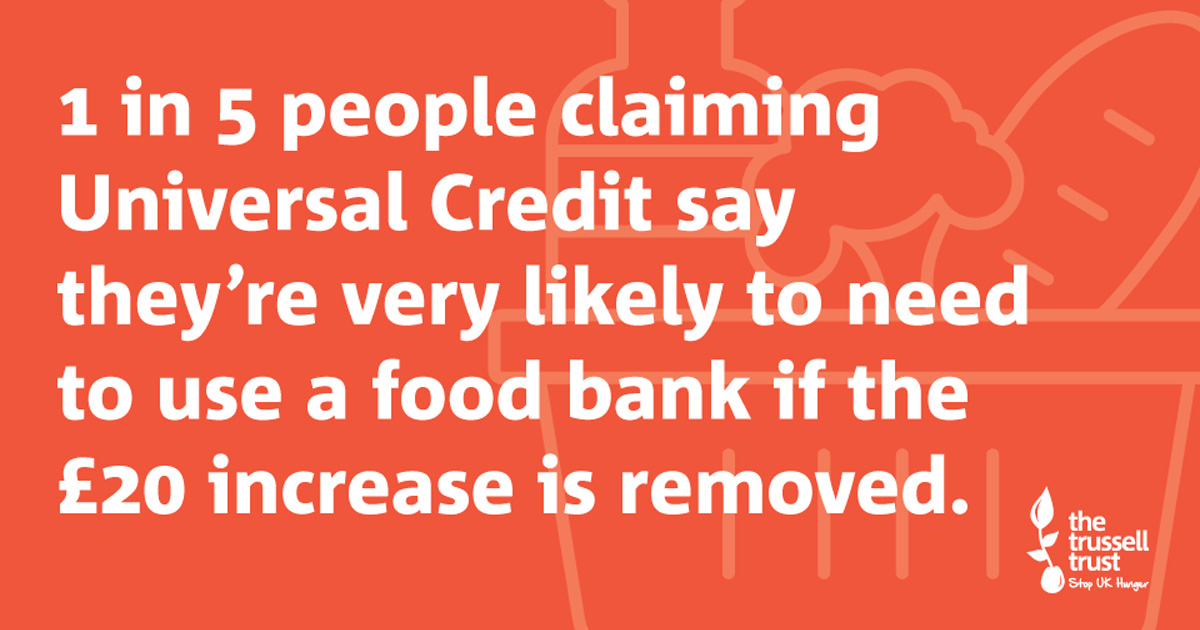 The SNP has said the Tories must U-turn on 'cruel' plans to cut universal credit for millions of families - as new research revealed the cuts could risk 1 in 5 people turning to foodbanks.

The research, published today by the Trussell Trust, also showed that nearly a quarter of a million parents worry they won’t be able to properly feed their children if the £20 boost to Universal Credit is cut in April.

The report comes after the Tory government failed to oppose plans to cut the Universal Credit uplift in a vote. While the SNP voted against the cut to Universal Credit, Scottish Tory MPs abstained - despite Douglas Ross previously opposing the cuts.

The SNP has repeatedly called on the UK government to confirm it will make the uplift permanent and extend it to those on legacy benefits - such as Employment and Support Allowance and Jobseekers Allowance - who have now been left behind without the equivalent support for 10 months now. Many who claim legacy benefits have disabilities and long term health conditions and have faced higher costs throughout the pandemic.

"It is cruel and indefensible that the Tory government is set to cut the incomes of six million people and risk pushing millions of families into poverty and to foodbanks - despite claiming that tackling poverty is a top priority.

"The Chancellor’s dithering over whether to keep the Universal Credit uplift and extend it to legacy benefits demonstrates, once again, that Westminster cannot be trusted to protect the interests of families in Scotland. There is overwhelming evidence showing that it is the right thing to do, yet the Tories are leaving millions of families wondering how they are going to get by in the months to come.

"In Scotland, we take a different approach - our social security system is built on dignity and respect - but key powers remain reserved to Westminster. It becomes clearer by the day the only way to protect people’s livelihoods and build a fairer society is for Scotland to become an independent country."

Press release: Tory plans will take money out of pockets when needed most