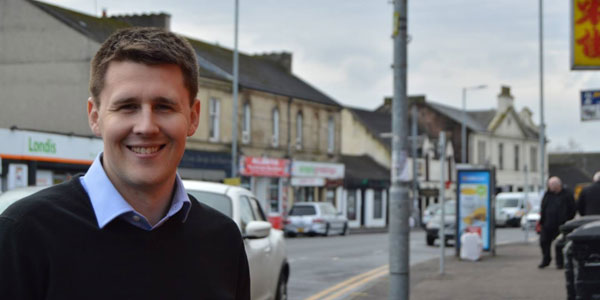 One of my New Year’s resolutions for 2019 is to do a regular Sunday evening blog, previewing the upcoming week.

As you know, I already do a weekly video on a Friday evening, rounding up my week in Westminster and back here in the East End but I thought it might be helpful to do a short preview blog every Sunday night, just highlighting the key things to look out for. I’d also welcome any comments too, this might be helpful for the debates or question sessions I plan to take part in!

Monday sees MPs return to London after the Christmas recess. I’ll be heading down to Euston by train tomorrow morning, arriving just in time to take part in questions to the Department of Work & Pensions. I plan to ask the Secretary of State about Universal Credit, which was rolled out in my constituency last month.

On Tuesday I’ll be catching up with the hundreds of letters and emails that have come in over the last week or so. My office was closed for the Christmas and New Year break, so it’ll take a few days for us to get back up to date but I’m sure we’ll manage that in no time. I know my hardworking team of staff - Derec, Carolann, Emily, Ross and David - have all enjoyed getting time to recharge their batteries too!

Later on Tuesday afternoon, I’ll be taking part in a debate on ‘Democracy in Uganda’, which I visited in 2018 to facilitate candidate training to a group of young politicians. Look out for that debate starting in Westminster Hall at 4.30pm, where I’ll be sharing some thoughts from my time on the ground in Eastern Uganda.

Over in the main chamber, my colleague Kirsty Blackman will be leading for the SNP on the remaining stages of the Finance Bill. I’m hoping to get in and support her too – she does a power of work for the SNP group as our Economy spokesperson.

On Wednesday, I’ve got two committees – firstly a Bill committee on the Parliamentary Constituencies (Amendment) Bill, then my weekly select committee, where we’ll be taking evidence on the need for a better budgetary scrutiny process in Westminster.

We’ll also see Prime Minister, Theresa May, return for her weekly PMQs at noon, where she can count on a grilling from the SNP’s Ian Blackford. With Labour floundering on Brexit, it’ll no doubt be left to Ian and the SNP benches to provide the real opposition to this Tory Government.

Wednesday also sees the resumption of the EU Withdrawal Act debate. Once again, we’ll doubtless hear scores of MPs express concern about the Government’s woeful Brexit deal and very few people will actually speak in favour of it.

That debate will continue into Thursday as well as Friday, which will dominate proceedings across Parliament.

I’m hoping to get back home to Glasgow on Thursday night this week and look forward to a busy constituency day on Friday, kicking off with my Parkhead surgery, followed by the opening of The New Charter on Tollcross Road, as well as a breastfeeding peer support celebration event in Shettleston.

That’s all in addition to my usual home visits, door knocking and a mountain of correspondence to get through.

Have a good week!

blog the week ahead