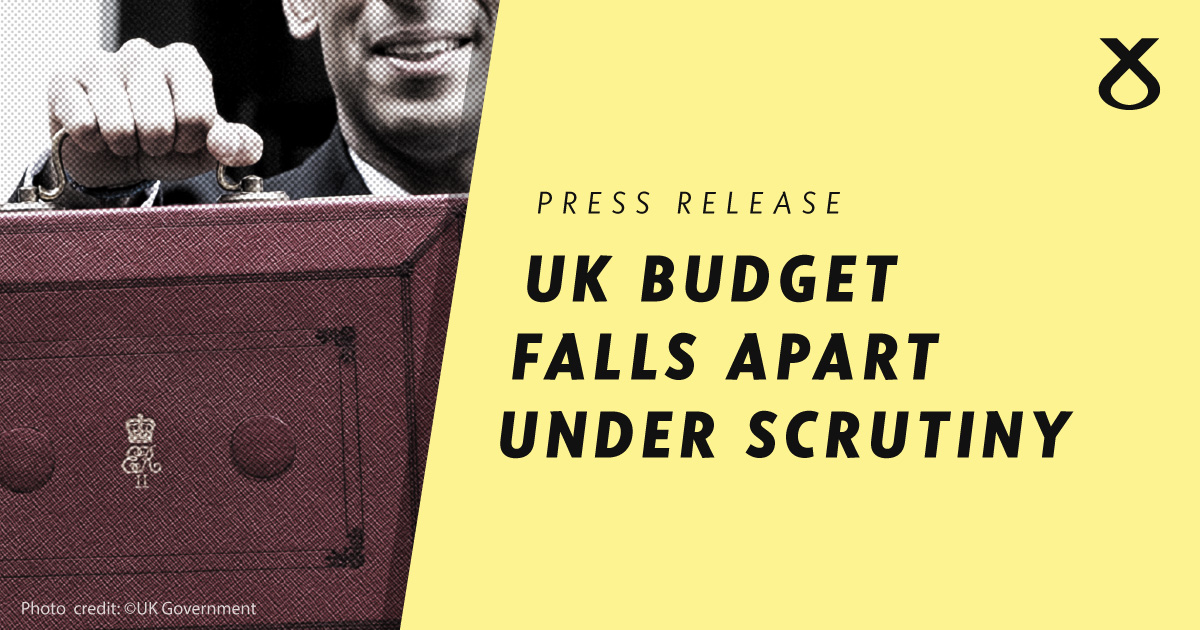 The SNP has said the UK Budget has left millions of Scottish families worse off - as new analysis confirms Tory cuts, tax hikes and Brexit will cost families hundreds of pounds.

The UK Budget confirmed the Tory decision to slash Universal Credit payments by £1040 a year, raise National Insurance by over 10%, and scrap the Triple Lock on pensions - at a time when the OBR forecasts that inflation could exceed 4%.

In post-budget analysis, this morning -

"The UK Budget has fallen apart under the slightest scrutiny.

This damning analysis confirms the Tory government has left millions of Scottish workers, families and pensioners worse off - as Tory cuts, regressive tax hikes and the soaring cost of Brexit take hundreds of pounds out of people's pockets.

"The Chancellor should have taken bold action to tackle the Tory cost of living crisis, reverse rising poverty, and mitigate Brexit - but instead he has made a damaging political choice to cut the incomes of Scottish households, at a time when people's bills are rising.

"The UK already has the worst levels of poverty and inequality in north west Europe, and the least generous pensions and unemployment benefits - but instead of addressing these problems the Tory government has chosen to make them even worse.

"For every step the SNP Scottish Government takes to boost incomes and tackle poverty, with progressive measures like the Scottish Child Payment - the Tories are taking us backwards again and cancelling out important progress we are making.

"The Tories are stamping out any chance of a fair recovery under Westminster control. The only way to keep Scotland safe from Tory cuts and the long-term damage of Brexit is to become an independent country."

From bbc.co.uk
Tax burden to rise by £3,000 per family, warns think tank