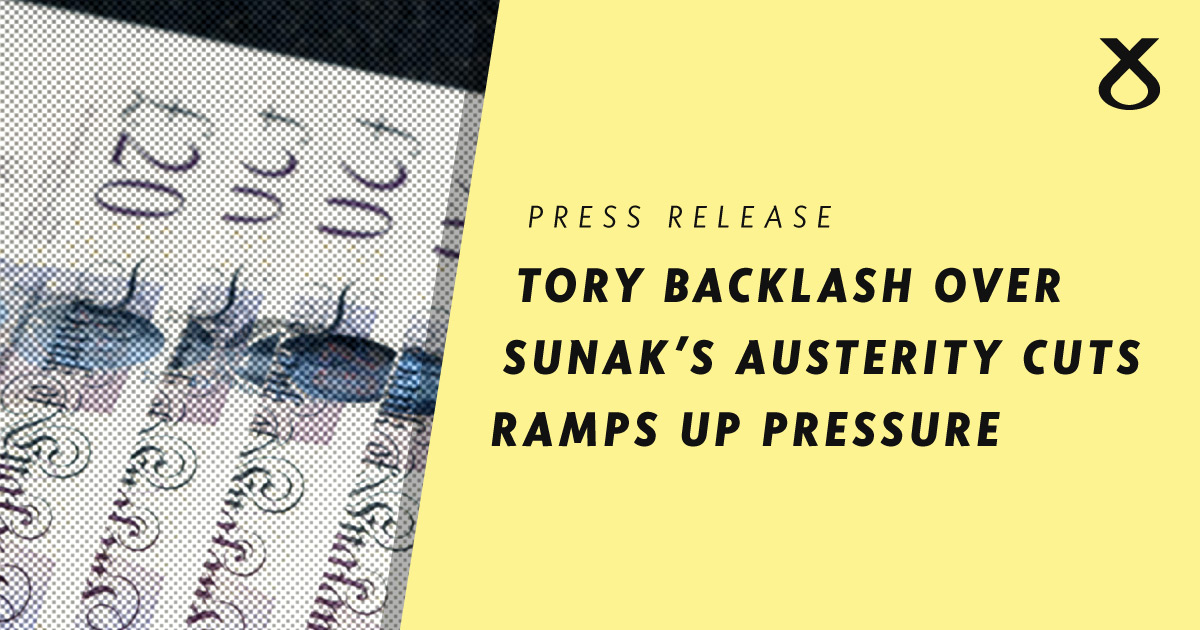 UK Government must U-turn on plans to slash Universal Credit

Following reports that a group of 50 Tory MPs, including a former Cabinet minister, have criticised the Chancellor's plans to axe the Universal Credit uplift, the SNP has said the UK government must heed the warnings from all parties and U-turn on damaging austerity cuts.

The Tory Northern Research Group (NRG) has echoed the SNP's call for the UK government to make the Universal Credit £20 uplift permanent, instead of axing it in September - saying it has been a "life-saver" for families and that doing so would "hamper" the UK's economic recovery.

The call comes after six former Conservative Work and Pensions Secretaries wrote to the UK government urging the uplift to be put on a "permanent footing."

The cut would slash £1040 a year from 6 million households, as well as "knock out the benefits that the Scottish Child Payment brings".

"This is a significant intervention from the UK government's own party, which warns that Tory plans to cut Universal Credit payments by £1040 would be devastating for millions of families, many of whom are already struggling to get by.

"If they will not listen to experts, anti-poverty campaigners, or the SNP and other parties, then I am urging Rishi Sunak and Boris Johnson to, at the very least, listen to their own MPs and U-turn on these cuts to avoid worsening poverty and inequality across the country. They must also extend it to legacy benefits.

"Household incomes have already been hammered by a decade of Tory austerity cuts, with foodbank usage, debt and in-work poverty rising to record levels on Boris Johnson's watch.

"While the SNP government is putting money in people's pockets, with progressive policies like the Scottish Child Payment, the Tories are taking it away again with regressive cuts that threaten to wipe away the progress we are making in tackling poverty.

"Scotland is increasingly vulnerable under Westminster control - the only way to keep Scotland safe from the long-term damage of Tory cuts is to become an independent country."

From politicshome.com
Cutting the Universal Credit uplift will create hardship for families both in and out of work