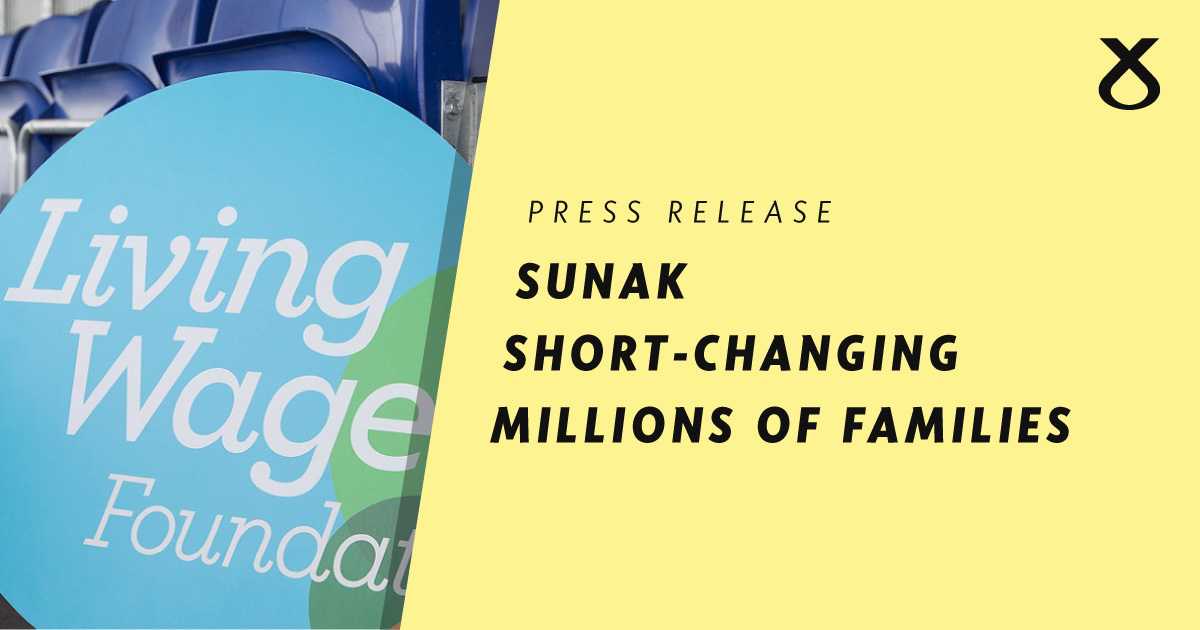 Only independence can protect Scotland

The UK government's failure to match the Living Wage Foundation's new Real Living Wage (RLW) will "short-change millions of families across the UK", according to the SNP.

The call comes as the Living Wage Foundation announce that their new RLW will be set at £9.90 - 40p more than the National Living Wage the UK government is set to introduce in April 2022.

The Living Wage Foundation deliver the only wage rate which is independently calculated based on rising living costs – including fuel, energy, rent, and food.

Further research by the Living Wage Foundation found that 1 in 6 workers in the UK currently earn less than the RLW – which equates to 17.1% of all UK employees and a total of 4.8million workers.

The SNP's Work and Pensions spokesperson, David Linden MP, is demanding the Chancellor finally "get a grip" of the current Tory cost-of-living crisis by, at the very least, matching the Living Wage Foundation rate.

"The UK is currently in a state of constant crisis under Tory rule due to cruel cuts, tax hikes and the unmitigated disaster that is Brexit.

"The latest Living Wage Foundation rate of £9.90 clearly demonstrates that the UK government will short-change millions of families across the UK with their National Living Wage.

"Under Tory rule, the UK continues to suffer from the worst levels of poverty and inequality in north west Europe, with in-work poverty at its highest level this century.

"Rishi Sunak's decision to slash Universal Credit, introduce a public sector pay freeze, increase National Insurance, and scrap the triple lock on pensions has only increased these issues – and will now led to a winter of misery for millions of families across the country.

"It is time for the Chancellor to get a grip of the crisis, and that must start by matching the new Living Wage Foundation rate of £9.90, as well as introducing a Brexit Recovery Fund which would help mitigate some of the damage caused by Boris Johnson’s botched deal.

"Ultimately though, the only way to protect Scotland from cruel Tory cuts and the long-term damage of Brexit is to become an independent nation, with the full powers needed to deliver a strong, fair, and green recovery from the pandemic."

From livingwage.org.uk
Real Living wage increases to £9.90 in UK and £11.05 in London as cost-of-living crises rises

From livingwage.org.uk
4.8 million jobs in the UK pay below the Real Living Wage