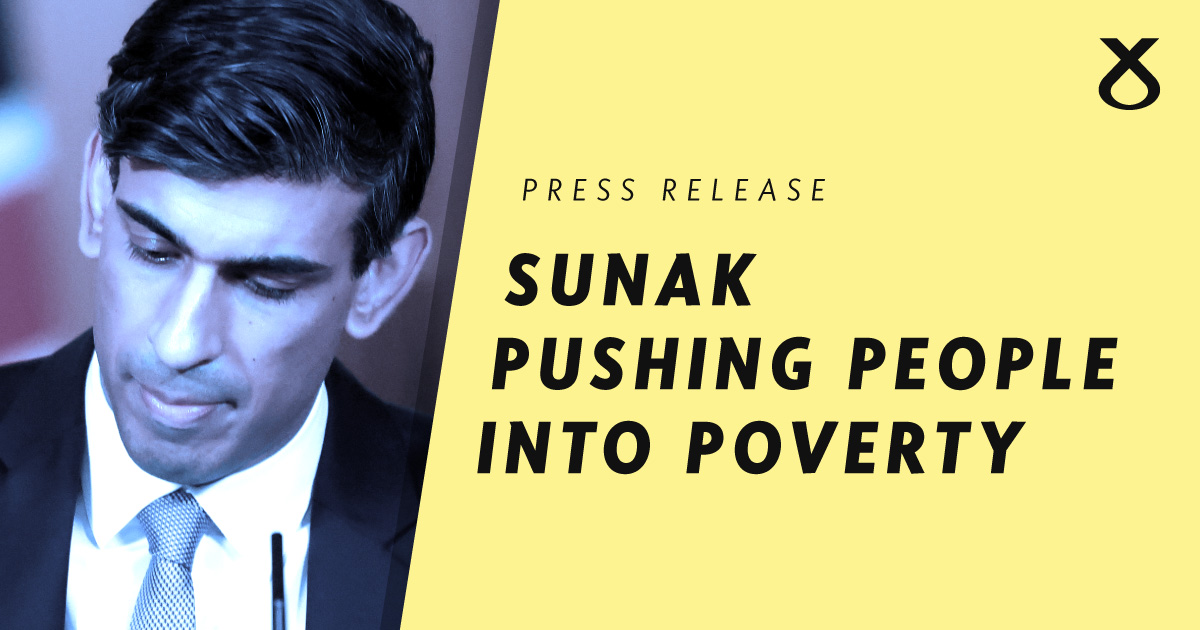 Poorest households face 10 per cent hike in cost of living

The SNP has said Rishi Sunak is "pushing people into poverty" by failing to tackle the Tory cost of living crisis - amid warnings the poorest households could see costs jump by 10%.

It comes as the Resolution Foundation warned rising food and energy prices could cause a "second peak" in inflation of above 8% in the autumn. The think tank warned the poorest households will be hardest hit, experiencing an inflation rate of as much as 10%, due to spending a higher proportion of their household budget on food and fuel.

Separately, a report published by the New Economics Foundation (NEF) found that, by April, half of UK children will be in families that cannot afford the cost of living. The report revealed 23.4 million people in the UK will be short by more than £8,500 a year for income needed to pay for essentials including food, heating and clothing by next month.

"By failing to take any meaningful action to tackle the Tory cost of living crisis, Rishi Sunak is pushing people into poverty and making the case for Scottish independence.

"Under the Tories, the UK already has the worst levels of poverty and inequality in north west Europe, and the highest in-work poverty this century. It is utterly shameful that the Chancellor is making a deliberate political choice to entrench poverty even further by imposing Tory cuts and regressive tax hikes instead of delivering support.

"Instead of making excuses, the UK government must use the spring budget to deliver an emergency package of support - scrapping the National Insurance tax hike, reversing the £1040 Universal Credit cuts, matching the Scottish Child Payment UK-wide, introducing a Real Living Wage, and turning the pitiful energy loan into a much more generous grant.

"It is now beyond doubt that there is no chance of a fair recovery from covid under Westminster control. The only way to keep Scotland safe from Tory cuts is to become an independent country, with the full powers needed to build a fairer, more prosperous society and invest in a greener energy-secure future."

From theguardian.com
Cost of living for UK's poorest could be 10 per cent higher by autumn, thinktank warns

From independent.co.uk
Half of UK children 'will have to sacrifice essentials like food and clothing' due to cost of living crisis