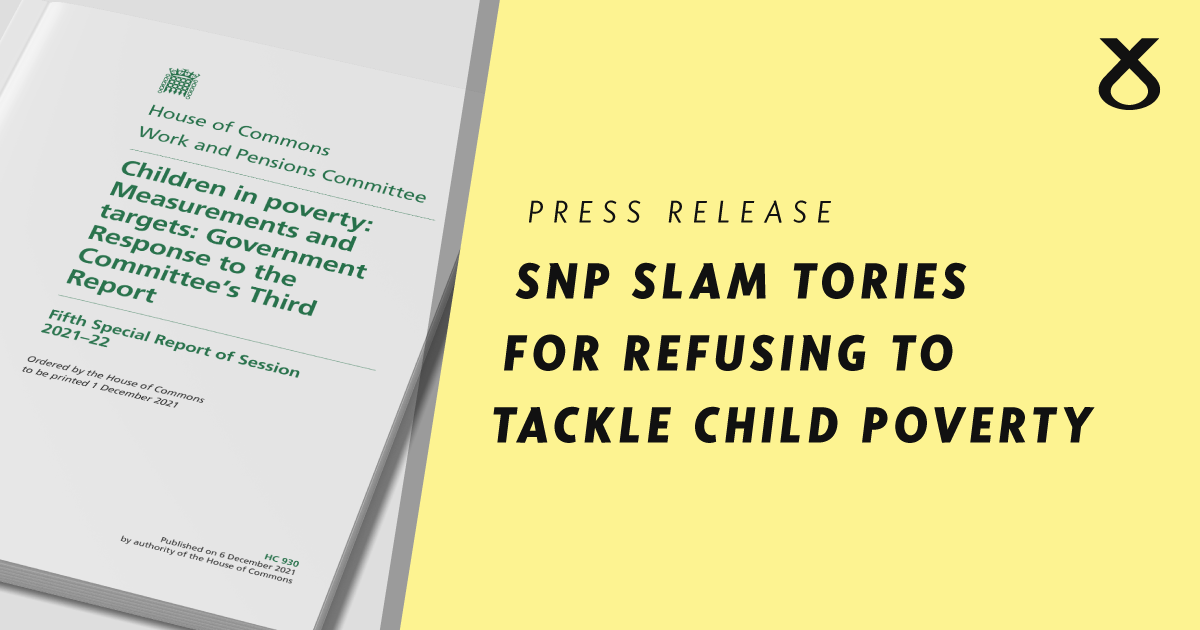 The SNP has criticised the UK government for "ignoring" the concerns raised by the Work and Pension's select committee on how to reduce the number of children living in poverty in the UK.

The report, titled 'Children in Poverty: Measurements and Targets', outlined numerous proposals that the UK government should implement to tackle the growing problem of child poverty – including implementing a long-term cross-departmental strategy to set clear objectives and plans for reducing child poverty, and publishing a systematic review of child income poverty in the UK which would focus on its definitions, causes, and consequences.

These suggestions were supported, and encouraged, by child poverty charities across the UK – however the UK government have said they have no intentions of implementing these proposals.

"I'm deeply upset at the UK government blatantly now admitting they have no intention of tackling child poverty in the UK.

"For the Tories to ignore the committee and say they have no intentions of developing a strategy to reduce child poverty is shameful.

"Their actions, time and again, have pushed more and more families into poverty and now they are standing by and refusing to make decisions – or in this case ignore calls – that would make a fundamental difference to the lives of millions of children across the UK.

"There can be no more delays on these issues – children should not continue to suffer because of this UK government's heartlessness. The Tories must tackle this issue head on and finally root out the cause of child poverty – starting with matching the game-changing Scottish Child Payment.

"No child should be held back as a result of poverty – but if the Tories continue to ignore the clear and unequivocal advice on how to tackle this issue, that is exactly what will happen."

From committees.parliament.uk
Children in poverty: Measurements and targets: Government Response to the Committee’s Third Report