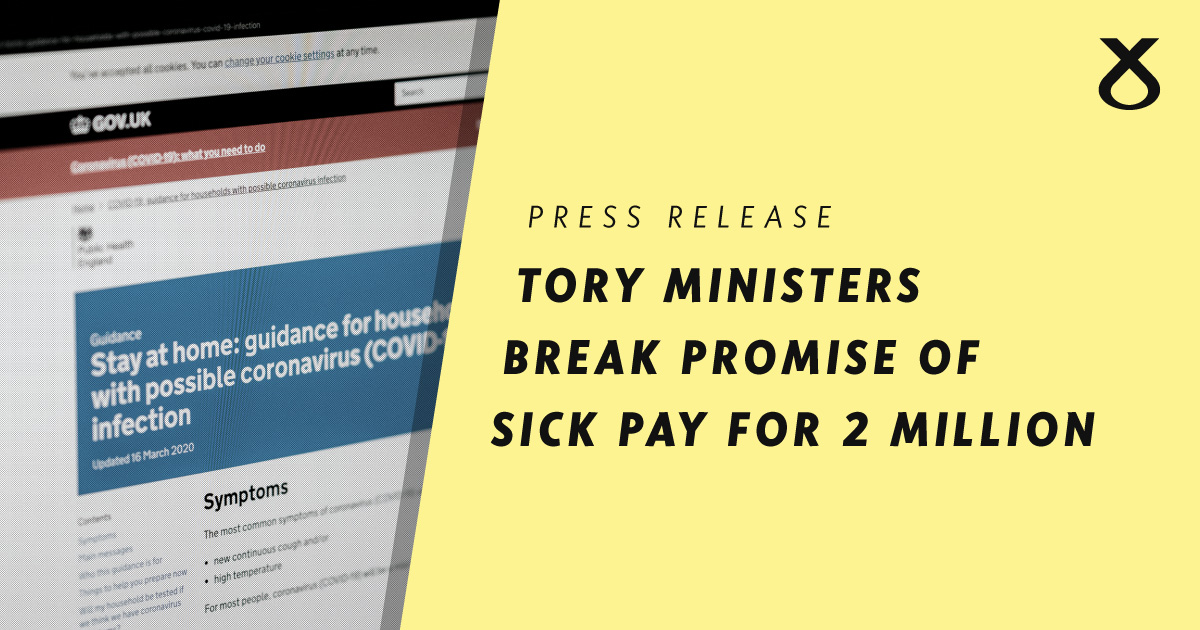 The SNP has criticised the UK Government for u-turning on a promise to grant sick pay to two million workers.

In 2019, the Tory government accepted that employees on lower incomes are missing out on the protection that Statutory Sick Pay provides and promised to resolve this by extending it to around 2 million employees.

Tory Ministers have now backtracked on this saying "now is not the right time to introduce changes to the sick pay system."

Research from the Trades Union Congress shows that one in 12 key workers do not qualify for statutory sick pay despite being at greater risk from Covid-19 and 51 per cent of workers in insecure jobs told us they receive no pay at all when off sick.

The SNP has continuously called for Statutory Sick Pay to be increased in line with the Real Living Wage and made available to all - regardless of earnings, working hours of contract - for 52 weeks instead of 28.

The TUC has echoed the SNP's call for sick pay to be reformed so that the lower earnings limit rule is removed, allowing the lowest paid workers to qualify – adding that the rate of SSP should be raised.

"The SNP along with organisations across the UK have repeatedly called for the Tory government’s sick pay policy to be improved, warning that it is not flexible enough to meet real life needs and falls far short of allowing people to meet a dignified standard of living whilst off work ill.

"We know there are a worrying number of people who do not fully isolate when they test positive for Covid because of financial pressures and insecure jobs, and this number could rise in the current 'pingdemic'.

"If we are to 'live with Covid' then it is crucial we have a sick pay system fit for current times - on that does not force people to choose between hardship or risking their health and the health of others.

"Other European countries set sick pay as a percentage of salary to prevent people from falling into financial hardship whilst recovering from illness. In contrast, this Tory government has spent months forcing workers into hardship in the middle of the biggest public health and economic crisis we have ever seen. Scotland deserves better than this."

Read more on this site:

The sick (pay) man of Europe 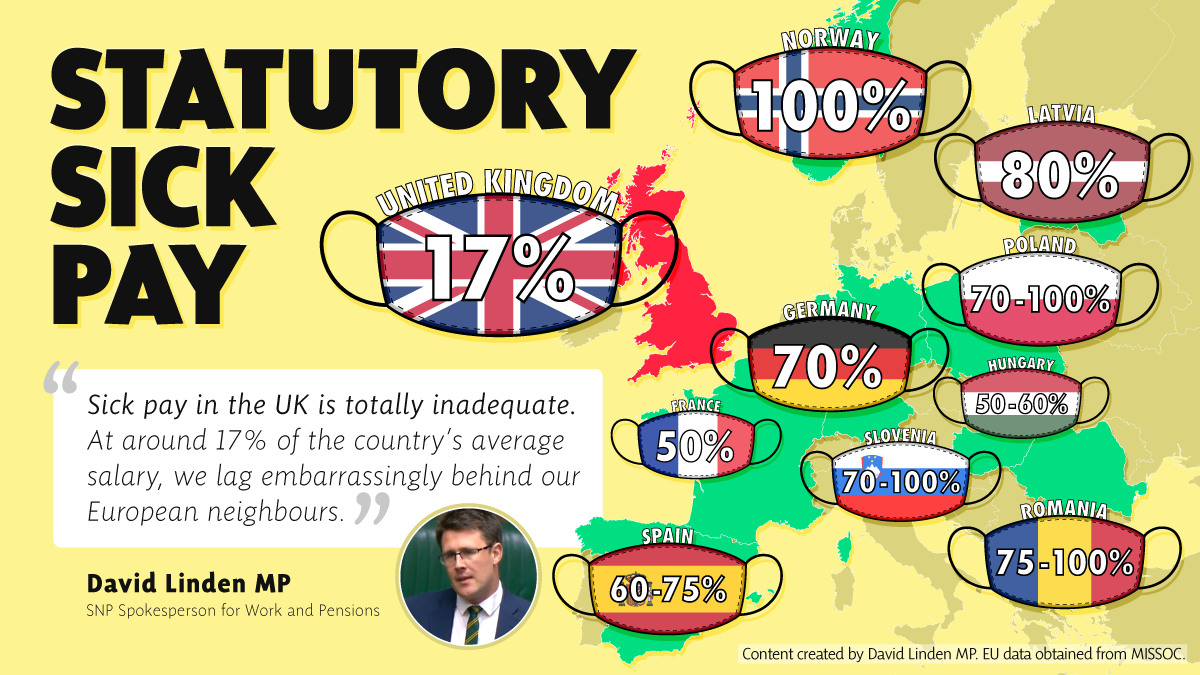 From morningstaronline.co.uk
One in 12 key workers left out of sick pay