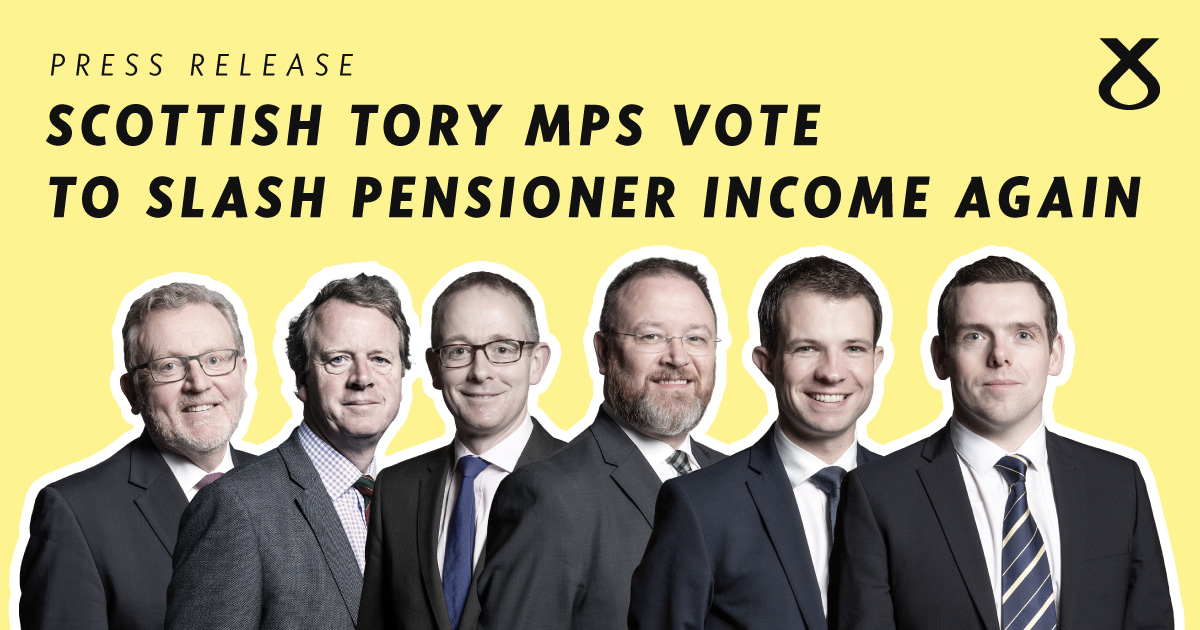 The SNP has slammed Scotland's six Tory MPs for, yet again, failing to vote against the scrapping of the triple lock.

The proposal is set to leave over 1million Scottish pensioners £520 worse off next year, and a cumulative £2,600 worse off over the next five years.

Research from the House of Commons Library, conducted in June, revealed UK pensions are the least generous in north west Europe by comparison to the average wage.

UK pensioners currently receive around a quarter (28%) of the average working wage whilst pensioners in Luxembourg and Austria receive 90%.

"Yet again, Scotland's six Tory MPs have failed to grow a backbone and stand up to Boris Johnson.

"Each of these MPs have voted in favour of taking money away from pensioners in their constituency and should hang their head in shame.

"The UK currently has the least generous pensions in north west Europe, and the Tories are determined to make things even worse.

"Scotland has had enough of constant Tory cuts and Brexit obsessed MPs. By breaking free from the chains of an undemocratic Union, Scotland could chart its own path.

"With the full powers of independence, Scotland can finally develop into a progressive, forward-thinking nation, and a nation that will always protect its pensioners from cruel Tory cuts."