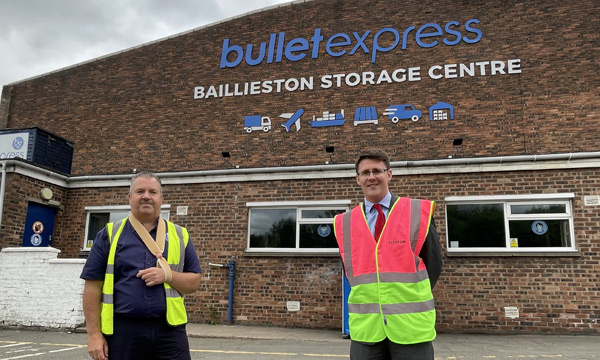 An SNP MP has urged the Prime Minister to tackle the mass shortage of HGV drivers across the UK - describing the situation as reaching "crisis point".

Mr Linden's intervention comes after a haulage company in the Glasgow East constituency contacted him to raise the difficulties it has had in accessing labour.

Prior to the pandemic, UK road transport businesses employed approximately 600,000 HGV drivers – 60,000 of whom were EU nationals. This number has since deteriorated drastically due to restricted travel and the uncertainty surrounding Brexit.

"The shortage of HGV drivers in the UK is at crisis point - and that is due to a number of contributing factors.

"Due to the botched Brexit deal agreed by Boris Johnson, 60,000 EU nationals - who were employed in this sector - have left to pursue a different career or have returned to their native country over the uncertainty Brexit has brought. This is unacceptable.

"Furthermore, the average age of HGV drivers is 55, with only 2% of workers under the age of 25. As a result of the prolonged period of inactivity as a result of the pandemic, many of the workforce have chosen retirement or have found employment in a less demanding sector.

"These are key issues that the UK government must address, and address without hesitation. I am calling on Boris Johnson to heed the calls and grant this vital sector access to the global labour market, and for HGV drivers to be added to the UK Shortage Occupation List, so that companies like Bullet Express Ltd in my constituency can access the vital workforce it needs to continue operation.

"Indeed, if the Tory government hadn't dragged Scotland out of the EU against our will in the first place, and Scotland had the full powers of independence to implement a migration system that works for Scotland, we wouldn't be facing these issues. This shows, once again, that independence is vital to secure a strong and fair recovery for Scotland."