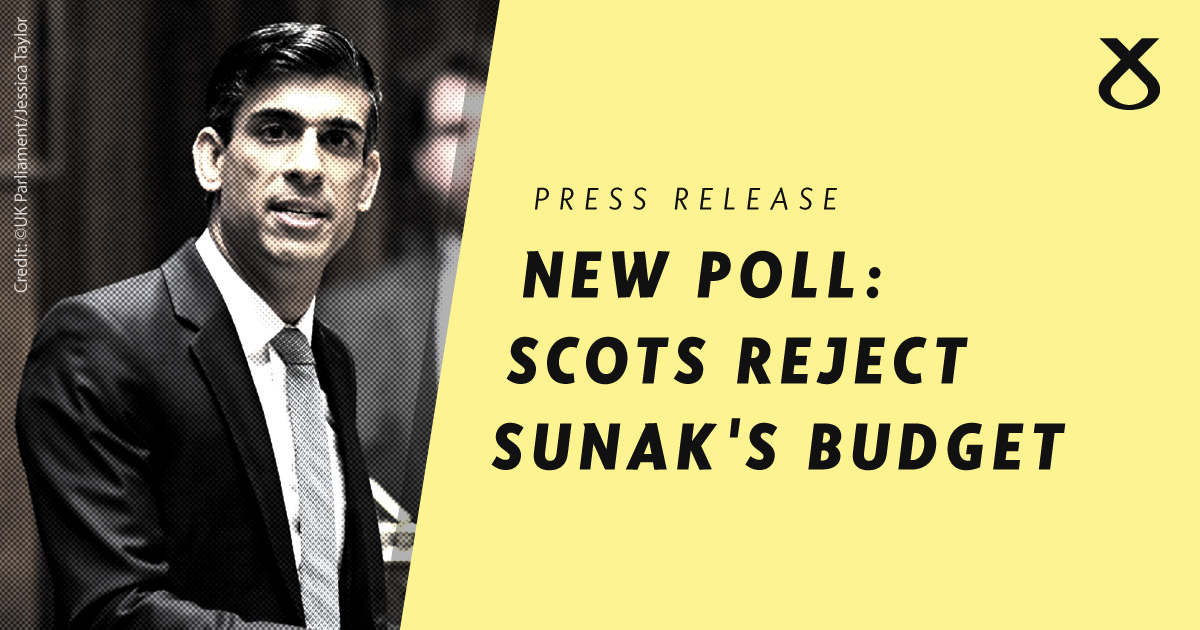 A new poll suggests that an overwhelming majority of Scots do not believe the Chancellor’s Autumn Budget will help ease their financial situation.

A J.L. Partners and Politico poll of adults in Great Britain suggests that 65% of Scots think the Budget will not help people like them, with 51% believing that it will instead benefit those on higher incomes.

The news comes just days after a separate poll, produced by YouGov and The Times, which suggested that 62% of Scots believe the UK government is handling the UK economy badly.

The J.L. Partners and Politico poll also found that:

"Despite throwing a lot of fancy rhetoric around during last week’s announcement, it is clear that the people of Scotland have not fallen for the Chancellor’s sleekit tricks.

"Last week’s Budget was a golden opportunity for the Chancellor to take bold action to tackle the Tory cost-of-living crisis, and reverse the rising poverty levels the UK is currently facing. Instead, he opted to impose damaging cuts to incomes at a time when people’s food and energy bills are rising and taxes are increasing.

"The UK already has the worst levels of poverty and inequality in north west Europe, and the least generous pensions and unemployment benefits - but instead of addressing these problems, the Tories have decided to make matters worse. They should be ashamed.

"It would seem that for every progressive, forward-thinking step the SNP Scottish Government take – such as introducing the Scottish Child Payment – the UK government is hell-bent on taking us backwards with cruel, callous cuts.

"Under Westminster rule, Scotland has no chance of delivering a fair recovery from the pandemic – and this poll suggests the people of Scotland know that. Only with the full powers of independence can we deliver that fair and equal recovery."