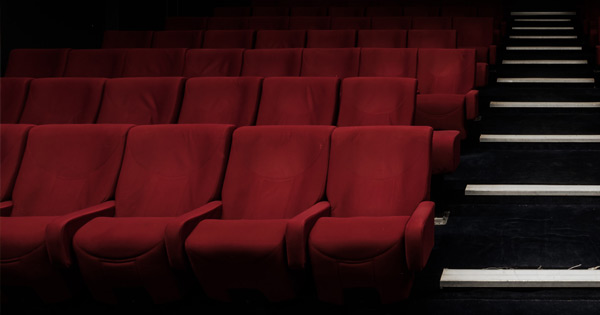 Seven Glasgow MPs have today written to the Chancellor of the Exchequer calling for an extension of the furlough scheme into 2021, following Cineworld’s recent announcement to suspend operations at its 127 theatres across the UK.

The cinema chain announced that it had taken the decision as a result of “an increasingly challenging theatrical landscape and sustained key market closures”, brough about by the Coronavirus crisis. The Odeon chain similarly announced that it was significantly scaling back its offering, with a quarter of its outlets moving to a weekend-only model.

The temporary closure of the Cineworld outlets will result in the potential loss of 5,500 jobs in the UK, and would see four sites across Glasgow cease operations.

“This news is deeply alarming, not only for the industry, but for the employees who are at risk of losing their jobs in the middle of a pandemic, with little guarantee of any support whatsoever from the UK Government.

“It is incredible that Treasury Ministers have not seen fit to extend the furlough scheme into 2021 – as I, my SNP colleagues and others have been asking for – when the threat to people’s livelihoods is so apparent.

“Many businesses, particularly those in the hospitality sector, are being overwhelmed by the challenges that Covid-19 is bringing about, and it is incumbent on the UK Government to provide a safety-net to those who are suddenly finding themselves without work through no fault of their own.

“I and my colleagues across Glasgow represent scores of constituents who enjoy visiting cinemas in the area, and we firmly believe that the closure of theatres is a significant cultural and economic loss to our city.

“Cinemas, like many other jobs in hospitality, are viable businesses, providing thousands of people with employment. Their future could be more secure with prompt, targeted intervention, which is why we’re urging the Chancellor to extend the furlough scheme beyond the end of October. Failure to do so will make further job losses an inevitability – something that the UK Government have been warned about time and again."

SNP MP David Linden, whose Glasgow East constituency has a branch of Cineworld at the Forge Shopping Centre, said:

“This time last year, none of us could have imagined that something as commonplace as a trip to the cinema to watch the latest blockbuster would suddenly be impossible.

“Cinemas, like some other industries, have been disproportionately affected by the crisis and we need to make sure the sector is supported.

“Rishi Sunak says he’s doing all he can to save jobs, but the truth is that he’s deciding which jobs are ‘viable’ and which aren’t. Some industries just need a bit of extra support to get through the crisis, but the Chancellor is leaving them high and dry.

“Cinema staff—like those at Cineworld at the Forge—don’t deserve to be sacked in the middle of a global pandemic. The Chancellor needs to do his job so that they’ll still have theirs.”

The joint letter to the Chancellor can be read below:

We were alarmed to read over the weekend that the Cineworld cinema chain is considering the temporary closure of all of the 127 cinemas it operates in the UK, with the potential loss of 5,500 jobs. News has followed that Odeon are also looking at a vastly reduced service.

As a group of Glasgow MPs whose constituents work in the cinemas around the city, we are deeply concerned about job losses in this key entertainment industry, and the knock-on effect it will have on the already vulnerable hospitality sector.

In representing many who enjoy regularly going to the pictures, we believe the closure of our cinemas is a significant cultural and economic loss to our city, especially when so many other live venues are still not permitted to re-open their doors.

The absence of new blockbusters such as the new Bond movie has been cited as a reason for the closure; large cinemas are simply running out of new movies to bring people through their doors, and are having to close despite the public health measures they have worked hard to establish. Cineworld CEO Mooky Greidinger has said "We were bleeding much bigger amounts when we are open than when we are closed - we are like a grocery shop with no food."

Cinemas are viable businesses, providing many thousands of people with good jobs. The ending of the furlough scheme at the end of the month makes job losses in sectors like cinemas unavoidable; businesses have been left with little choice but to fire staff and force people into unemployment.

We urge you to reconsider your position of ending furlough as a matter of urgency, and instead extend and adapt it to protect jobs in sectors such as culture and hospitality.

Press release: Glasgow MP calls for asylum seekers to be protected from evictions

Standing up for Show People