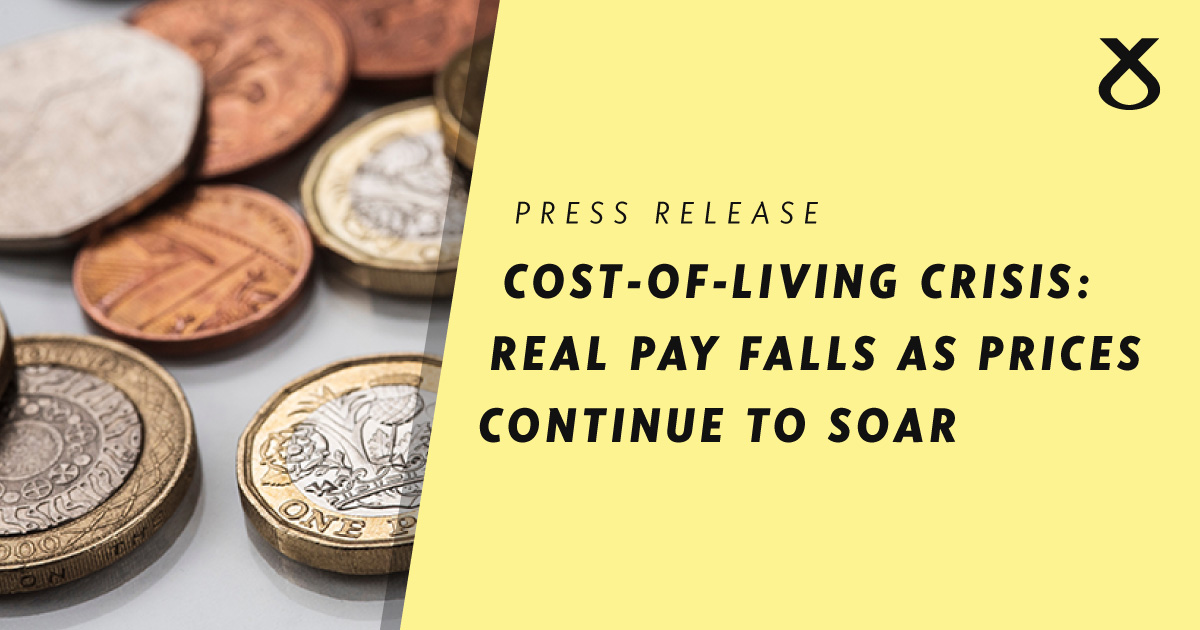 Chancellor must get a grip before millions pushed into fuel poverty

The SNP has urged the Chancellor to "get a grip" of the cost-of-living crisis before millions are pushed into fuel poverty after the Office for National Statistics (ONS) revealed real pay fell by 0.8%.

Latest ONS Labour Market data this morning showed that "in real terms (adjusted for inflation), total and regular pay fell on the year at negative 0.1% for total pay and negative 0.8% for regular pay."

The new data comes as concerns grow over rising energy prices, with households expected to see a 54% increase in average gas and electricity bills in April. Charities, and the SNP, have warned that millions of families will be pushed into fuel poverty unless the UK government takes proper action.

To ease the Tory-made cost of living crisis, the SNP has urged the UK government to turn the £200 energy loan into a more generous grant, reverse the £1040 Tory cuts to Universal Credit, match the Scottish Child Payment, and bring in a Real Living Wage. However the Westminster Tory government has ploughed on with a tax cut for banks worth £4bn.

"The Chancellor must get a grip of this Tory-made cost of living crisis before millions are plunged into, or further into, fuel poverty as real pay falls.

"Under the Tories at Westminster, wage growth has been dismal, and we now know real wages are not expected to reach 2008 levels until at least 2026. This crisis has been a decade in the making and the Tories haven’t lifted a finger.

"Indeed, UK poverty is rising because of Tory cuts, regressive tax hikes and the huge cost of Brexit. Rising inflation, energy bills and prices are compounding this and pushing families into hardship and destitution.

"The SNP Government in Scotland is doing what it can with its limited powers to put money into people's pockets by mitigating the bedroom tax and progressive policies like the Scottish Child Payment. However, Westminster takes it away again with cuts and regressive tax hikes - making the case for independence.

"It is vital that the Chancellor take his head out of the sand and bring forward meaningful action instead of the £200 loan that will only push more people into debt and ploughing ahead with a tax cut for bankers worth £4bn.

"The current priorities of this UK government are a stark contrast with the promises made in 2014 - that the Westminster government was better placed to help people through a cost of living crisis. It has become clear that independence is the only way to protect Scotland from Tory cuts and skewed priorities."