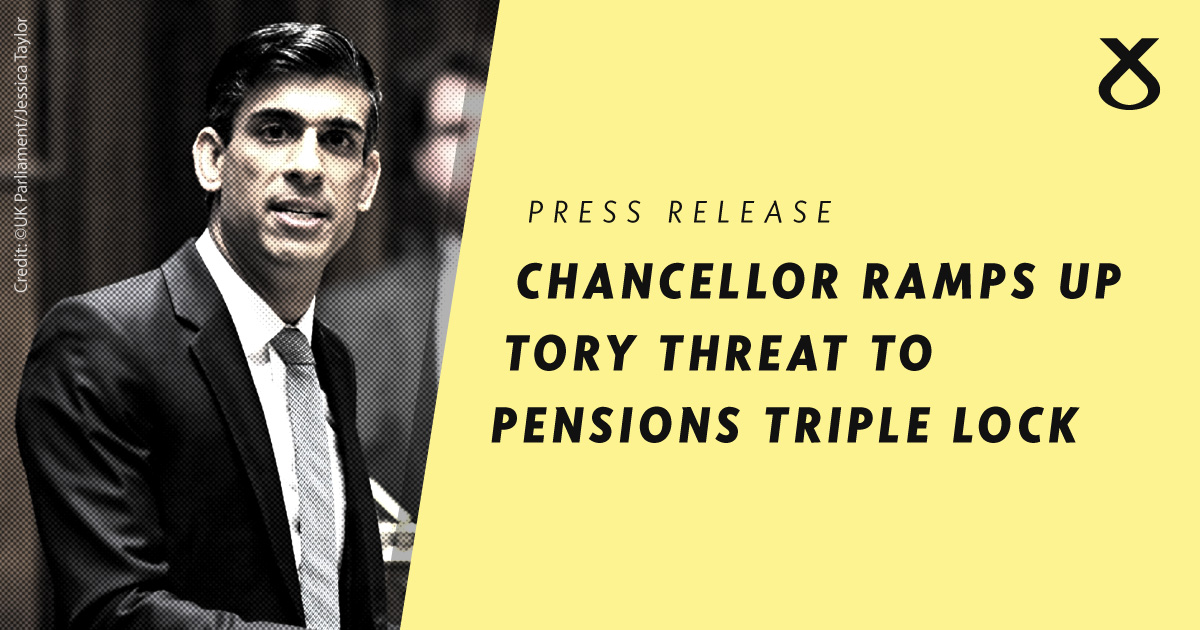 The SNP has warned the Tory government against betraying pensioners across the UK by scrapping the triple lock on pensions and breaking yet another manifesto commitment.

It comes after the Chancellor Rishi Sunak today refused to rule out scrapping the triple lock, stating that there were "concerns" over going ahead with the planned rise in state pensions.

The UK already has one of the lowest state pensions in the developed world - both in absolute terms and also by comparison to average earnings. It also spends less on pensions, as a proportion of GDP, than the majority of OECD countries.

"The Chancellor's comments that the triple lock on pensions could be scrapped is deeply worrying and will mark yet another broken Tory manifesto pledge.

"The grim reality is that after a decade of Tory austerity cuts, millions of older people are now living in poverty and the UK has one of the worst state pensions in the developed world.

"Recent research has already revealed that the UK is falling behind our European neighbours - with UK pensions the least generous of every country in North West Europe in comparison to the average wage.

"With each day that passes it's becoming clearer that the Tory government has absolutely no intention of looking to secure a proper recovery from the health crisis and protecting people's incomes.

"Scotland is vulnerable under Westminster control. It's beyond doubt that independence is the only way to keep Scotland safe from Tory cuts, and to protect and boost the incomes of pensioners.

"Only with the full powers of independence will we be able to secure a fair recovery from the pandemic and build a more equal society."

From dailyrecord.co.uk
Rise in state pension by 8% could be scrapped as Rishi Sunak says it may not be 'fair'