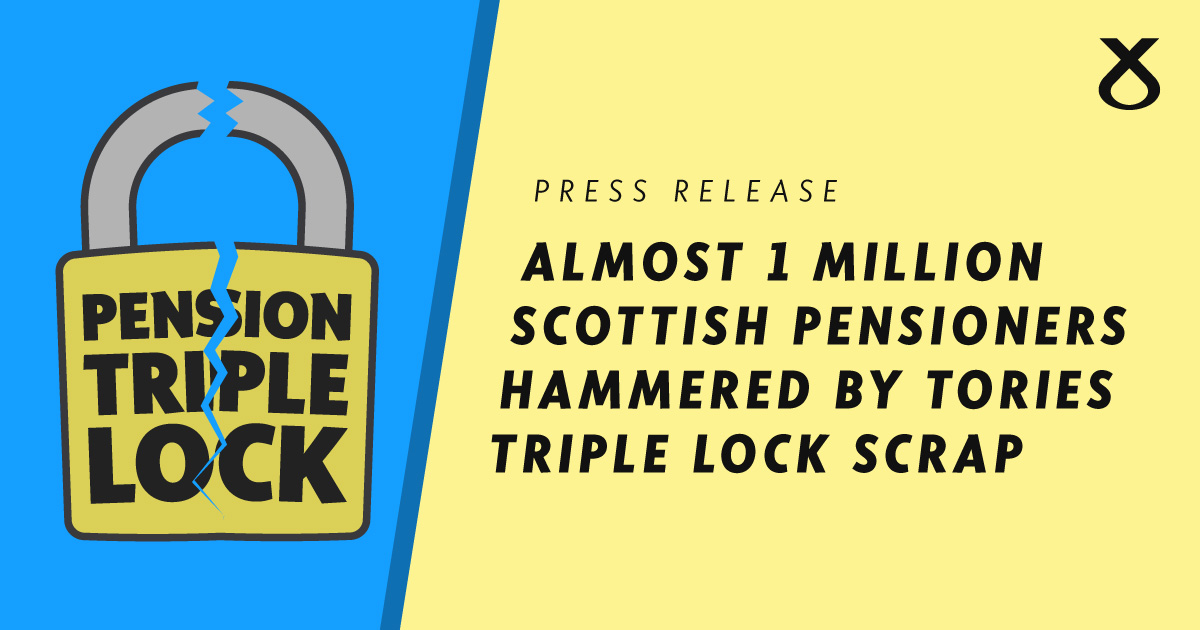 The SNP has said independence is the only way to protect Scotland’s pensioners – as new analysis reveals almost 1 million Scottish pensioners have been directly impacted by the Tories’ choice to scrap the Triple Lock.

House of Commons Library research concluded 985,065 pensioners in Scotland have been directly impacted by the cut – which will see them lose £520 in 2022, and a cumulative £2,600 over the next five years.

The UK government’s Households Below Average Income (HBAI) statistics show that UK pension poverty had risen to a 15 year high under Tory rule – with 2.1million UK pensioners (18%) now living in poverty after housing costs, an increase of 200,00 on 2018/2019.

Furthermore, separate analysis from the House of Commons Library, conducted in June, revealed that UK pensions are the least generous in north west Europe by comparison to the average wage.

"For as long as Scotland gets Tory governments we don’t vote for, Scotland’s pensioners will continue to see their incomes slashed.

"Under Westminster control, UK pensioners already have the least generous pensions in north west Europe – and things are only getting worse.

"In addition, the current UK Government is consulting on bringing forward their planned increase to state pension age to 68 by seven years impacting on anyone born before 1976.

"After a decade of Tory austerity, millions of pensioners across Scotland currently find themselves living in poverty, but we don’t need to settle for this.

"With the full powers of independence, we can protect Scotland’s pensioners, eradicate poverty, and finally begin to build a more progressive nation."

A full breakdown of the number of people receiving the State Pension in Scotland by Westminster constituency can be found here.

Press release: Households to lose £1,700 in 2022 under Tory cost of living crisis