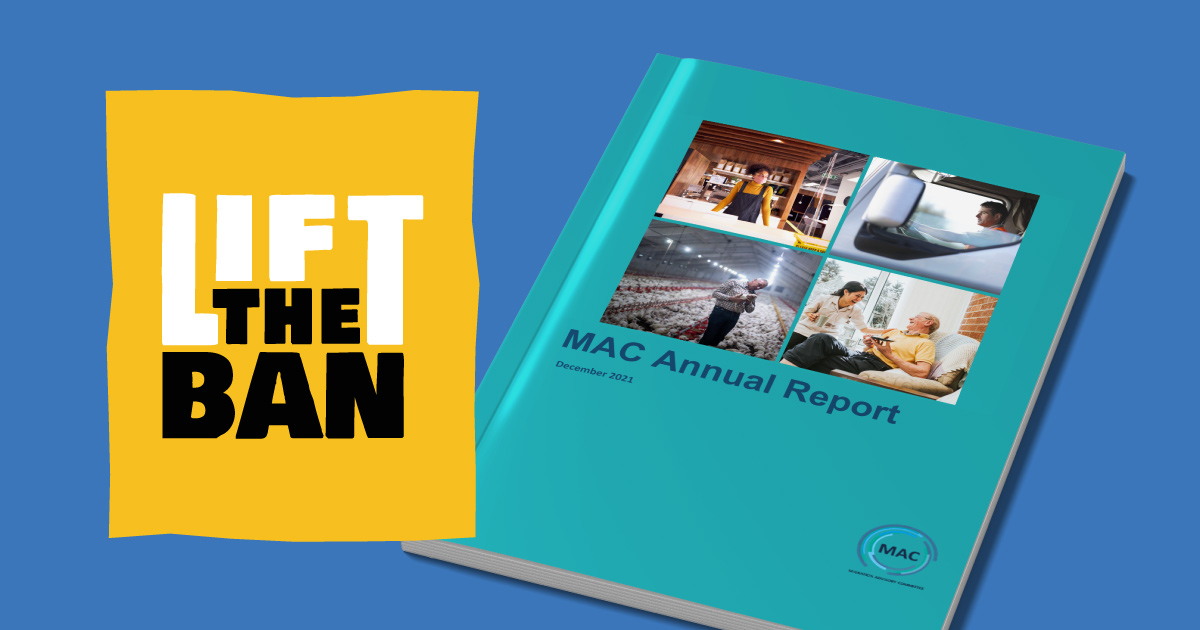 The Home Office is facing renewed pressure to drop its ban on asylum seekers having the right to work following publication of the Migration Advisory Committee's annual report. 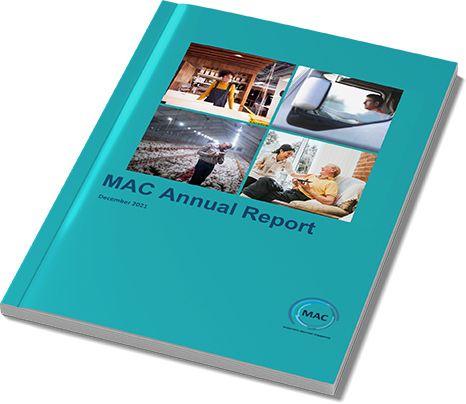 Calling on Priti Patel to review the ban, the Committee challenged her department to produce evidence to back up its reason for the ban. The Home Office claims that permitting work would create a 'pull factor', whereby more people would attempt to make their way to the UK for economic reasons. The Committee has rejected this, citing a review of international evidence which "found no correlation between access to the labour market and choice of country for asylum".

The Committee has also pointed to how policy in the United Kingdom is much more restrictive than many other countries such Canada, Australia and Sweden which allow asylum seekers to begin work immediately, Portugal which has a one month waiting period, Germany which allows work from three months, Belgium after four months, and the United States after six months.

Waiting times for asylum applicants have increased significantly, especially over the course of the pandemic. I see this myself through my constituency casework, with many more vulnerable people approaching me for help. There is a very clear impact of the wellbeing of these individuals, particularly with their mental health. The ban on working leads to extreme isolation which further compounds these problems.

Asylum seekers have not always been banned from working in the UK. Until the early 2000s, those awaiting a decision on their claim could apply for permission to work if they had been waiting for six months or more. This was cruelly taken away from them by the new Labour British Government in the 2002.

This toxic policy is imposed upon Scotland against our will. Scotland is a welcoming country. Our problem is not immigration but emigration.

One clear example of the devastating impact of the work ban on Scotland is that of medical professionals - doctors and nurses - being denied the chance to help NHS Scotland throughout the pandemic.

There are also very obvious security implications associated with Home Office policy. Isolated individuals may be susceptible to radicalisation - which the Home Office holds responsibly to prevent - and it makes absolutely no sense to delay applications and deny asylum seekers the opportunity to participate in society. The social integration that work provides is undeniable.

Asylum seekers are left in limbo, quite often for years, in substandard accommodation with only £39.63 a week to live on. It is beyond cruel that this continues to be the case and for so many people who have fled unimaginable horror to be treated like this.

Common sense must prevail. The overwhelming evidence must not be ignored.

It's time to lift the ban.

Find out more about the campaign to Lift the Ban.

Press release: Glasgow MP calls for asylum seekers to be protected from evictions