Chancellor U-turns on support for workers 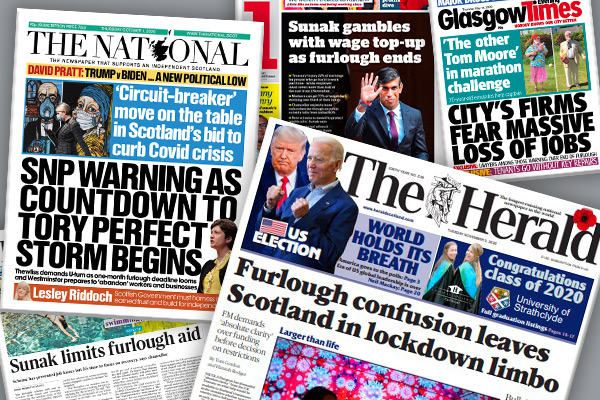 There’s been a massive victory for workers today — the Chancellor of the Exchequer has bowed to pressure and announced further support for both employed and self-employed workers.

If you’re confused about where you stand right now, you’re not alone. Just a couple of weeks ago, the Government was refusing to extend the furlough scheme beyond October and self-employed people were only going to receive support to the value of a paltry 20% of their earnings. The picture today couldn’t look more different.

After months of being messed about, there’s much less uncertainty for workers in terms of support available to them. The Chancellor’s change in position is entirely welcome but his intransigence up to this point has created anxiety, stress, and hardship for many of my constituents.

Businesses in Glasgow East and beyond have already made people redundant based on the prior announcement that the furlough scheme was closing. Similarly, some of those operating small businesses have wound up their operations because of the lack of self-employed support.

What’s different for the self-employed?

It’s fair to say that support for the self-employed has been very poor. Although there were two further support grants lined up to cover the next 3-month periods of November-January and February-March, they were to be calculated at 20% of profits (increased to 40% in late October following significant pressure).

Earlier this week, it was announced that next grant would be instead calculated at 80% for the month of November, to bring it into line with furlough. This wasn’t good enough, and I wrote to the Chancellor to demand that this be extended further, and that the application process be sped up. You can read more on this and my letter here. 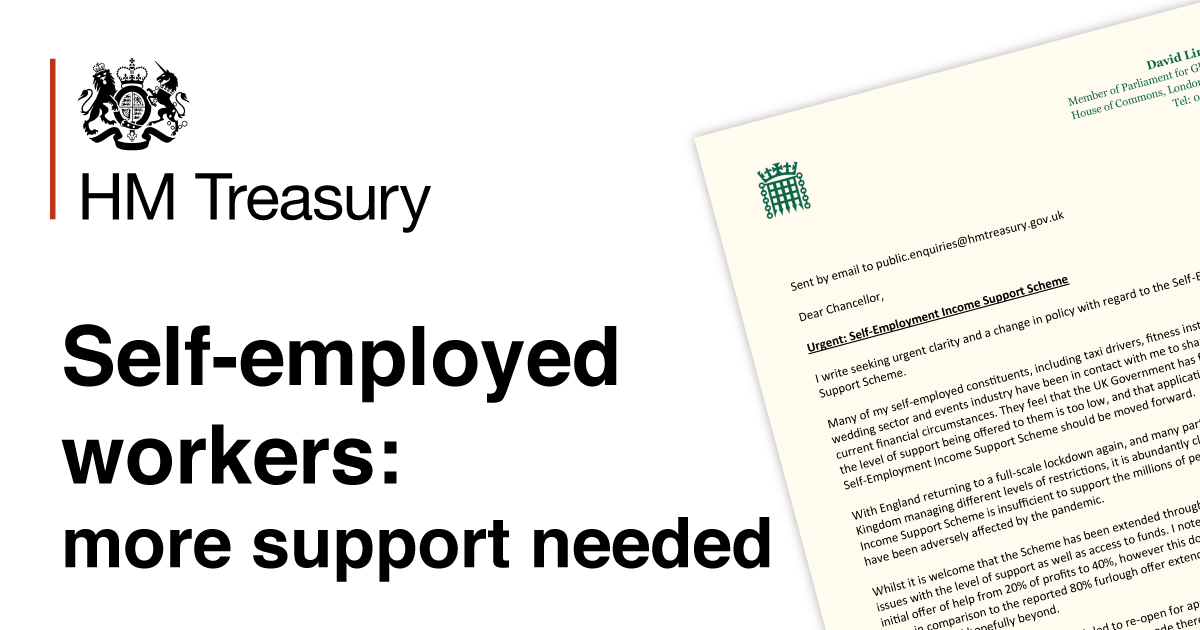 The Chancellor has responded by u-turning on his previous policy, extending the 80% support for three months in total. He has also brought the application date forward by a fortnight, from 14 December to 30 November, so that self-employed people will receive their back-dated grants a little sooner.

For months now, myself and my SNP colleagues have been calling for furlough to be extended. The pandemic is not over, despite the Chancellor pretending that it was.

The furlough scheme is not unique to the UK. Many counties of all sizes have been operating a similar scheme, and in some cases more generously and with greater future certainty than we have here.

The furlough scheme was due to finish at the end of October. In a rushed eleventh-hour announcement to coincide with the decision to lock down England, that was extended into the month of November.

Today, the Chancellor has announced that the extension will instead last for six months. The scheme will now pay up to 80% of a person's wage, up to a maximum of £2,500 a month, until the end of March 2021.

Where has this money come from?

Today’s announcement of further support comes on the back of news that the Bank of England will pump £150bn into the economy through something known as quantitive easing.

Essentially the Bank ‘creates’ new money and uses most of it to buy Government bonds. The UK Government promises to repay this money in future, and interest payments in the meantime until the bond is paid. The BBC offers a useful guide on this process with greater detail.

So in short, Rishi Sunak has borrowed the money and it will need to be repaid. He has, in essence, given the magic money tree another substantial shake.

The economic levers to do this kind of thing lie firmly at Westminster and successive UK Governments have refused to devolve responsibility for borrowing to the Scottish Parliament. It was incredibly disappointing to listen to the Chancellor today making cheap political points by saying that the Scottish Government should 'raise taxes' in order to provide support and certainty to business at this time of crisis.

Today’s announcement obviously provides some much needed certainty and breathing space for the coming months. That will no doubt be welcomed by those who will be in receipt of this support.

Having said that, we absolutely need to see an end to the brinkmanship shown by the Chancellor. Making crucial decisions at the eleventh hour is no way to operate. The uncertainty created by the Chancellor’s flip-flopping is causing very real damage to businesses and individuals. I’ve been unable to hide my frustration at what amounts to playing with people’s lives and livelihoods.

I called on him today to provide more certainty to the self-employed, asking that he give them parity with those furloughed workers by extending the 80% self-employed scheme for six months instead of three.

We need to see a change in approach from the Chancellor. The damage done from this pandemic will be long-lasting, and so we need long-term planning. We also need to see a more joined-up approach to policy-making. It is a complete insult to every single person in Scotland that our First Minister is hearing announcements through Twitter.

If the United Kingdom truly is a union of equals — something we were told repeatedly during Scotland’s first independence referendum — then we need to be treated as equals rather than an afterthought.

We also need to see the Chancellor take action to address the needs of the ‘Excluded’ — workers who did not qualify for support because of loopholes in the requirements. These 3 million people across the UK have been cut adrift by the Chancellor during this public health crisis. This simply isn’t good enough. I want to see these exclusions in the UK Government’s financial support measures addressed once and for all, and for these people to get the help they deserve.

Read more about the ExcludedUK campaign.

There’s also the issue of redundancies caused by the Chancellor’s swerving policy announcements. The furlough scheme changed on 31 July, with employers having to contribute to wages at that point. Businesses which were not trading and had no cash reserves were, understandably, unable to contribute. People lost their jobs as a direct result.

Although the Chancellor announced today that those made redundant after 23 September may be rehired and furloughed, this will be of little comfort to those who were made redundant at the end of July.

The Chancellor’s announcement today was delivered in his usual bombastic style. Whilst the support announced today is to be welcomed, perhaps Mr Sunak could also show a little more humility. A system of support that helps a majority but devastates a minority is nothing to crow about. Treating the excluded as collateral damage to be ignored is shameful. Giving the self-employed a three-month extension on their anxiety does little to build economic confidence.

This crisis requires less politics and more pulling together. I am happy that the Chancellor has listened to my requests for improvement to the self-employed scheme, but he needs to stop ignoring and starting acting upon the other glaring problems in the systems of support that have been built.

Excluded must be supported through new lockdown